Connect with your Social Network

Connect with your Social Network

We recommend you check the details of Pricing Plans before changing. Click Here

Do you want to change pricing plan? Proceed Here

We recommend you check the details of Pricing Plans before changing. Click Here

You may be a landlord who has that property you don’t currently use or have the intentions to refurbish. Maybe that realtor that has been given the right over a property that nobody lives in and needs to be secured until the lawful owner is found. Or maybe even just leaving a place abandoned for an unknown period for life abroad. Well, whenever a property is left unattended for a long enough period of time it is worth giving a thought to how you can keep it safe.

Why you should consider keeping your property safe?

Mainly for keeping it safe 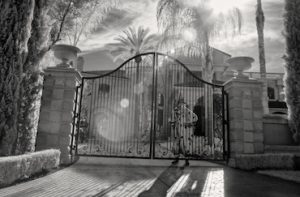 Keeping your premises safe is the best way to preserve your place in its best shape. It also gives you the option to re-renovate it in the future, just from the point where you left it.

Keeping your property safe while you are away will also give you that peace of mind that whatever happens you’ll know you did everything you can to protect it. And most likely help in actually keeping it in this condition too.

Hiring a locksmith to secure your property initially may seem like an expanse you can spare but the price for Not keeping your place inaccessible to unwelcome guests could potentially mean much higher costs.

A few years back there was no legislation that stopped a squatter from invading into an abandoned property. The legal hassle and expenses involved with evicting squatters once they have settled in your property were so great, that no owner had doubts about why they should keep their property safe. Even, and maybe mainly when nobody is going to live in it. The chances of a deserted property of being penetrated and destroyed by squatters became so significant that no home owners could take the risk. Since the 1st of September 2012 squatting became a legal offence. The new law sets that squatters who invade any property without a permission of the landlord could be sentenced for up to 6 months in prison and for a fine of up to a £5,000.

Due to the new legislation the phenomenon of squatting has diminished significantly and so as the fear of homeowners to have to deal with evicting squatters. Now that fear has faded landlords are no longer that keen to secure their abandoned premises.

Squatting has been reduced but is not completely gone. Research reveals that between 2012 to 2015 there were reports about 736 squatters. With the majority of the cases being in Greater London. A couple of hundred reported cases for the given amount unpopulated properties still has its risks. Therefore, squatting is still a reason to keep your premises safe while unattended.

Burglars are always in a search after empty places that may contain valuables they could steal. Leaving a small piece of paper somewhere on your door while checking on it every once in a while to see if it’s being misplaced, checking your mailbox to see if mail is being stacked and some other methods helps them understand if the place is occupied or not.

While burglars do not usually look to stay in and occupy your property like squatters; the burglary in and of itself could lead to bigger problems that would also be very costly to repair.

Besides the damage and destruction burglaries cause, a burglary that happens in an abandoned property can attract many other concerns like pest issues, night invasions of unwanted intruders and misuse of the property that could incur high expenses on future maintenance. 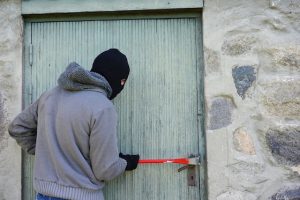 How to keep your property safe when going away permanently?

Well, even if not permanently, only for a long period or for the unforeseen future; Here are the ways to keep your premises away from the reach of burglars.

One of the most cost effective options to keep an abandoned property secured is to block all of its entrances with steel security screens. All Doors and windows. Surprisingly not many people are actually aware of this great option.

The advantage of steel security screen is that no potential intruder is going to have the time to start compromising the screens in order to gain access to the property.

They are also lightweight and easier to handle than security grilles or gates.

The installation of security screens is relatively cheap as compared to other solutions. Security screens that are used in one place could also be “recycled” and use in other properties once removed. You therefore may even get some discount if you use the same company that installed the screens to remove it too.

The con of security screens: Is that they would probably cause some damage to the surface they’re installed upon once removed. This means that you’ll have to pay more on renovating the property if you plan to do so in the future. So if you plan any less than refurbishing the whole place when start using it again you might want to consider different options.

Security Gates and Grilles are the obvious. They are robust and probably the most durable of all solutions.

If you care about the design of your property security grilles and gate would last as long as your house exists. In opposed to security screens that could cause damage to the door and window frames security gates are installed on external walls. This means that upon removal the damages can be repaired fairly easily by even a handyman. In general, the idea of security grilles is that you’re not going to remove them any time soon and therefore not have to worry too much about the time you’ll need to dispose them.

The con with security grilles and gates is the cost. They are likely to be of the high end solutions and so if you’re on budget right now consider some more options. 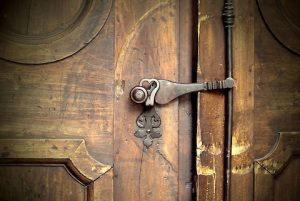 If you don’t have the sources to acquire one security screens or gates, there are still things you can do.

Some fairly simple actions you take could improve your home security. You could try do it yourself if feel confident about it or higher a locksmith at a very reasonable rate.

Security appliances are anything you can install in and around your house to make it secured. Since you’d probably won’t keep paying the electricity bill for an abandoned place; security systems like alarms, cctv and security lights are out of the equation. So what can you install to improve your premises security?

All types of hardware devices. Here are some:

Great Locks – If your door is wooden, the range of locks you can install is enormous. Although the locks themselves doesn’t make too much of different (as a wooden door can be kicked and break down), it is found that the appearance of high security robust locks actually helps in deterring burglars away. So use locks that aren’t just referred to as “high security locks” but those that also look like that from the outside. Good locks should be installed on both doors and windows.

London and Birmingham bars – Are still bars that goes along side of the frame to protect it from break in any attempts. In many burglaries the door is being kicked down while the door frame is what actually breaks and allow the access to the intruder. London bar would hold your frame together firmly and if in addition you also use a good door, could help in preventing a burglary.

Steel Sheet for your door – We’ve mentions steel security screens when it comes to boarding up the whole of your property in which you may have to hire a professional. When on budget you can however start with installing only a steel sheet on both sides of your door to help preventing it from splitting on the attempt of a break in. The installation of steel sheet on your door in addition to London bar and other devices can help in keeping your place much breaking in proof.

Boarding Up with Plywood – Another option is to board up your doors and windows with a plywood. This is fairly easy to do and you can even have boards cut to size in stores like B&Q. Then install them yourself. Please note that Plywood Boarding is not very solid type of security. It can however give the impression of “this place is empty of any goods”. Burglars would then get the impression that there’s nothing to steal in that property and therefore won’t bother with breaking in.